‘1917’: This Anti-War Movie Is More Than a One-Shot Technical Feat

After directing back-to-back Bond films “Skyfall” and “Spectre,” Sam Mendes’ agent told him, “Get off your ass and write something yourself!” And so he did, recruiting Krysty Wilson-Cairns out of his “Penny Dreadful” writing room. First they adapted Gay Talese’s “The Voyeur’s Motel,” which fell apart over rights and truthfulness issues; a second aborted project followed.

The third time was the charm with “1917,” a project that Mendes could control start to finish. As soon as Steven Spielberg read the script, DreamWorks was on board; Spielberg also backed Mendes’ directorial debut, “American Beauty,” which won five Oscars including Best Picture and Director. If “1917” were to repeat that feat 20 years later, it would be the first time in Oscar history.

While there’s no question “1917” will rack up technical nods and a likely win for cinematographer Roger Deakins, the movie rests on its anti-war script and empathetic performances, especially rising British actor George MacKay, who broke out as the oldest son in “Captain Fantastic,” his first American role.

This time, Mendes developed an original script that no one could touch. He was inspired by the nugget of a story told by his Great War veteran grandfather, Alfred, a short man who delivered letters across no man’s land under a mist that hovered at six feet. And, the movie would be filmed in one single shot. No pressure. 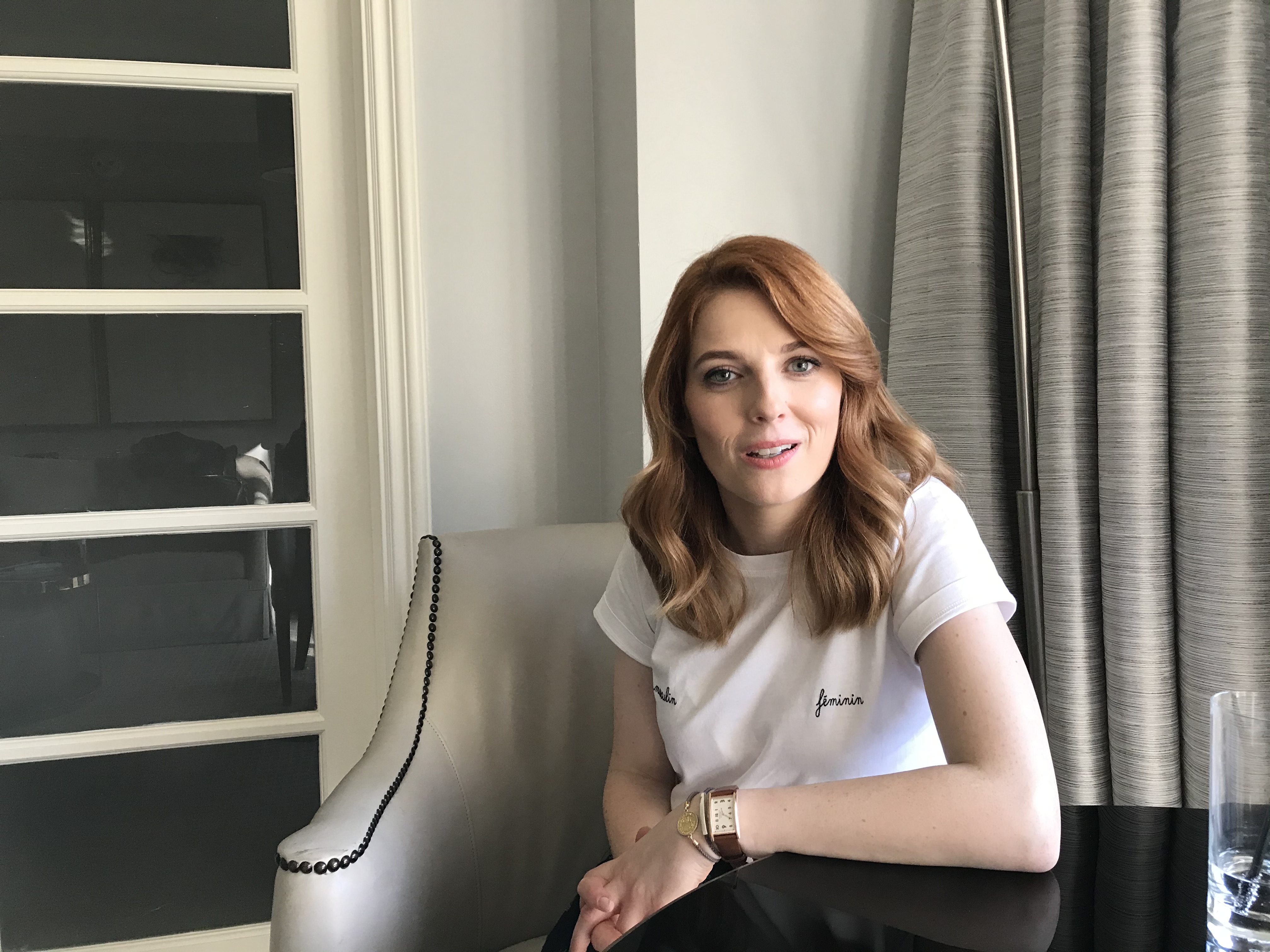 It turned out Scottish writer Wilson-Cairns was a World War I buff. At the London kitchen table where Mendes perfected “Skyfall,” they spread maps showing front line locations in April 1917. At that time, the Germans retreated to the Hindenburg Line, which Wilson-Cairns described as “40 miles of guns reduced to 10 miles of guns, packed like never before. It was a war of paralysis, trench vs. trench, 500 yards apart, a war of inches. War movies are all very much the same: It’s the trenches, or no man’s land. It was also a war of attrition and slaughter. In the first day of the Somme, 60,000 British soldiers died for 400 yards of land that they lost three days later.”

As the writers knocked out the film’s structure, they realized that “1917” offered a chance to show a much wider landscape of carnage through the lens of soldiers rushing to deliver their urgent message to save 1,600 lives. “People’s lives rest on the fact of a letter getting through,” she said. The writers figured out where the French towns were, then traced — and timed — the treacherous route the two infantrymen would take on foot, throwing in incidents and stories they had each picked up over the years. 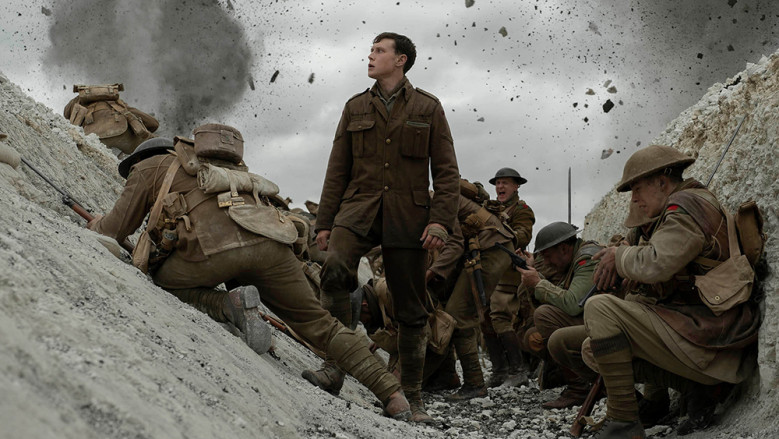 After the first draft, Wilson-Cairns upped the stakes by adding a more personal connection for Blake (Dean-Charles Chapman): His brother (Richard Madden) is a lieutenant on the front line. After researching other one-take movies, from Hitchcock’s “Rope” to “Victoria” and “Birdman,” the screenwriter realized she’d have to write this script frame by frame. “Usually a script is a blueprint for a film that changes,” she said. “It was important that this script had to be as close to the final film as we could possibly get.”

“1917” is also a road movie not unlike “The Wizard of Oz.” As the characters face the treacherous unknown, what they really seek is the safety of home. The soldiers steadily traverse ever-changing terrain, from the snaking muddy trenches and bunkers through no man’s land, pocked with barbed wire and deep, flooded craters, and into the French countryside, which has its own sets of hazards with crashing planes and snipers in a gutted, bombed-out French town. 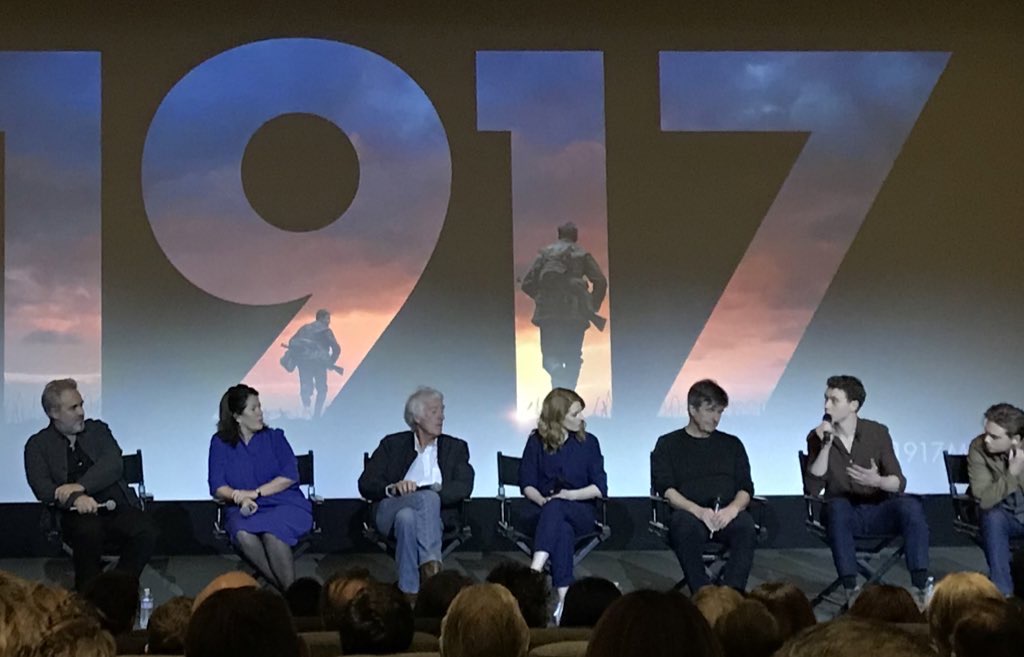 Spielberg did question the rigors of a single-shot film filmed almost entirely outdoors, which would require matching cloud cover. In fact, the first day of the shoot was so sunny that the company didn’t shoot a thing, and was forced to rehearse. The next day, they filmed two days’ worth of pages.

The single takes serve the simple story (with all the technical wizardry required, “you don’t need bells and whistles in the script,” said Wilson-Cairns) as we follow the immersive action through two hours of seven-to-10-minute unbroken sequences artfully knit together. Our eyes anxiously search the space for the next deadly rifle shot. The narrative is interrupted only once: The screen goes black when one of the soldiers is knocked out flat. We don’t know if he’s dead or alive; with two relative unknowns carrying the film, anything can happen.

The actors rehearsed and blocked on a London stage with cardboard boxes. Once in France, the team precisely timed the pre-planned sequences — at which point, production designer Dennis Gassner designed and built on location to match, including miles of snaking trenches. (If you’re not cutting away, you have to build the whole thing.) For the camera operators, it meant slipping in mud, getting shelled and battered, as they seamlessly transitioned from high-tech remote-controlled devices to special SteadiCam rigs as needed. “It was a feat of endurance for the crew,” said Mendes. 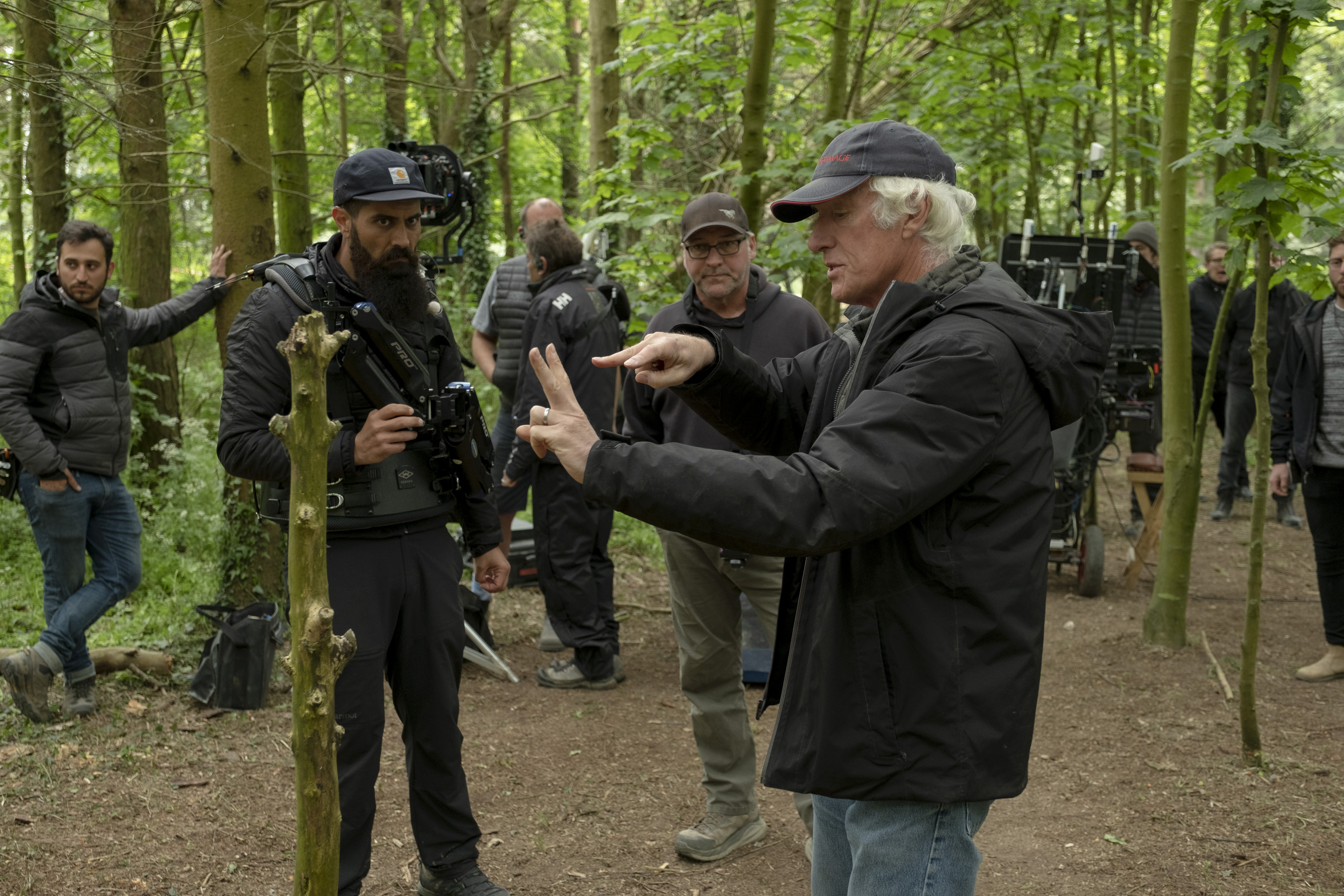 Cinematographer Roger Deakins on the set of “1917”

The scale of the bomb craters were monstrous. One stunning shot skimming across the water at the bottom of a crater was captured by a remote camera on a wire. Gassner also constructed a French town that he then destroyed. In the film’s most stunning achievement, comparable to Gassner and Deakins’ collaboration with Denis Villeneuve in “Blade Runner 2049,” Deakins lights the stark town at night via intermittent (perfectly timed) flares and “the biggest single lighting fixture I ever created” — a 360-degree burning church lit by 2,000 1K bulbs with dimmers. The famed director of photography modeled the effect on “Jarhead,” when he staged oil rig lights on location and added CG fire in post.

The actors had to execute on a dime, but after months of rehearsals it felt liberating. They don’t talk much, and do a lot of running. The last 45 minutes of the film boasts only 20 lines of dialogue. After each take, the actors trudged back to the starting line to take notes from Mendes and repeat the entire shot. Sometimes they were so far away that they couldn’t hear the director call “cut.” “We were releasing them, off you go,” said Mendes, “to give them the freedom and confidence to be able to do it without even thinking.” There were as many “happy accidents” as mistakes, he said.

Sometimes they did 20 takes, although things got smoother as the team became more adept. Editor Lee Smith helped Mendes choose the right take before starting the next shot; they had to match precisely. “This was acting in its essence,”  MacKay told me. “We weren’t winging it. There was never improvisation. We nailed the technicality, repeated and explored it so many times, like rehearsing a play, that it seeps into your muscle memory. It’s the most mutual experience I’ve ever had, because everything has to work in harmony. It’s a constant handoff: The movement you do assists the flow of the camera, which is shaped by the set, which was dictated by the rehearsals we had done in an empty space. Your unconscious allows you to be all the more present to meet the moments that weren’t planned. It’s doing the technical prep to allow you then to be completely truthful in the moment.”

At one point, Scofield runs across the top of a trench as lines of infantry climb over amid heavy artillery. He runs for his life, ducking and dodging and recovering from being knocked over. “That wasn’t planned,” he said. “None of those collisions.” 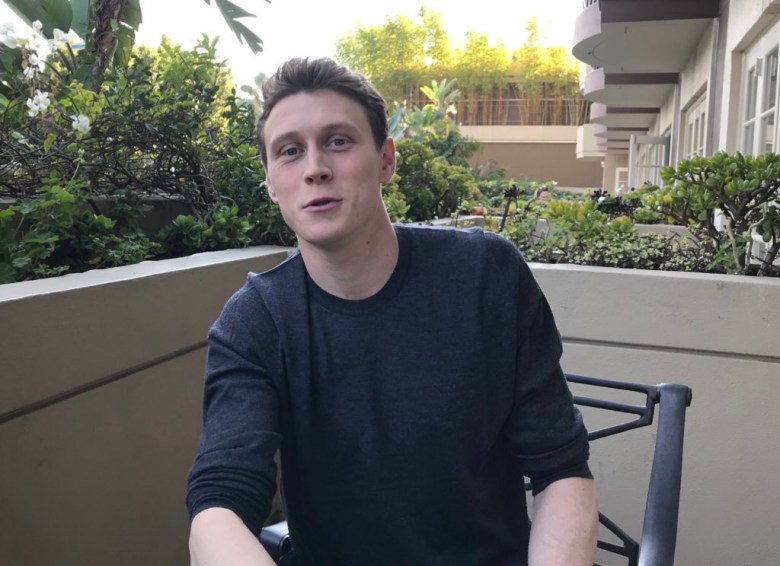 MacKay’s central scene comes when Scofield encounters a young French woman (Claire Duburcq) hiding in a basement with a baby. The true story came from a war museum Betamax video that Wilson-Cairns never forgot: A retreating British soldier in 1914 stole milk from an evacuated farmhouse, and a day later he encountered a woman and a starving baby in a Lyons basement. He gave them milk. “What’s the baby’s name?” he asked. “I don’t know,” she answered.

MacKay understood that this baby connected Scofield back to the home he had left behind. “There was real magic in the scene,” he said. “It happens in real time. It’s not moments when you cut away when the baby grabbed my finger. The scene says so much about the violence of the war and the terror of that experience by being the antithesis of it. Scofield has that love of home [and] if he touches that, he can’t be here.

“The theme of the film is home,” he said. “The war is where the film is set. The context gives the story a place to explore the extreme of humanity and what that teaches us about ourselves.”