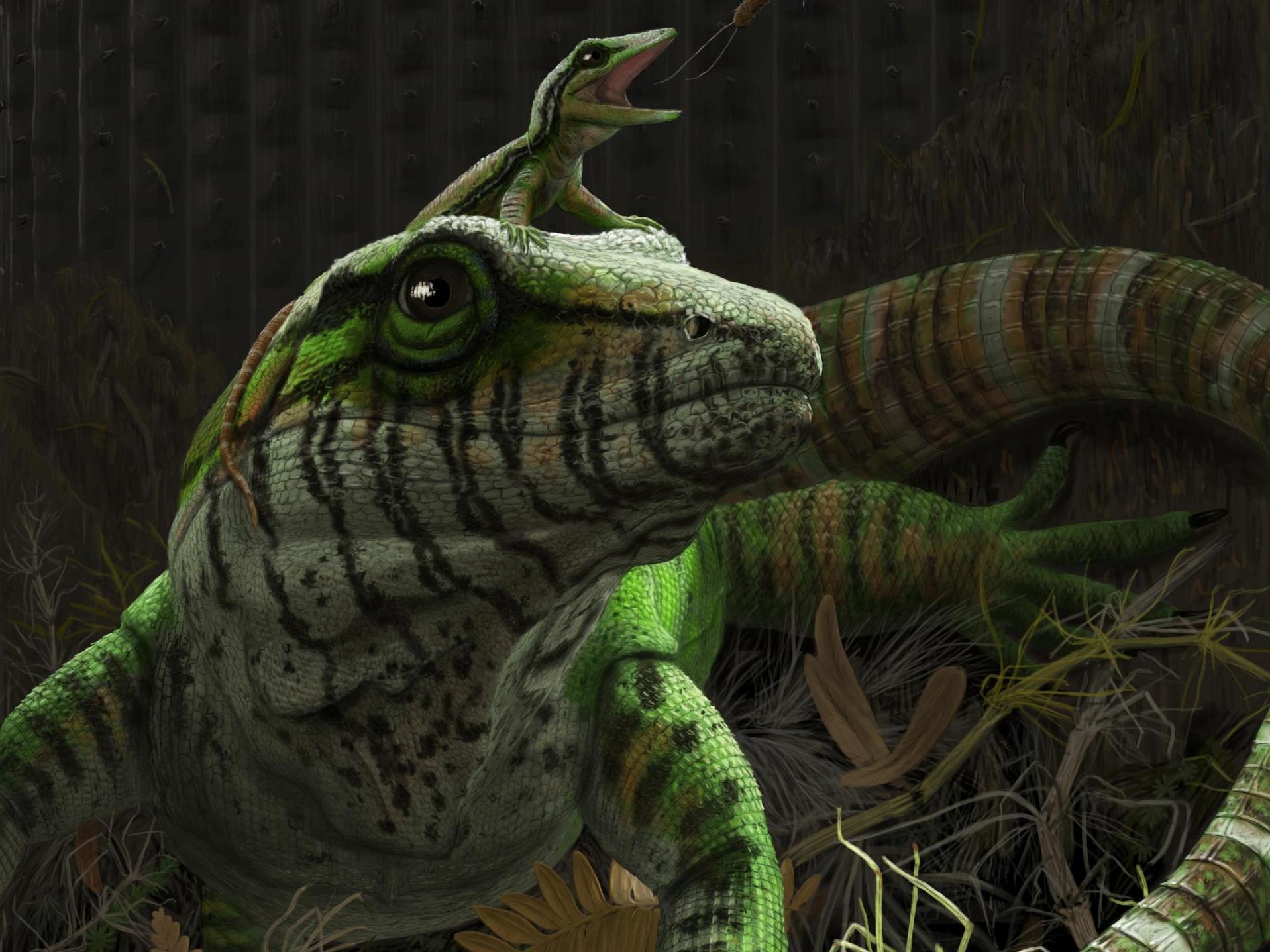 A primitive lizard that lived 309 million years ago has been unearthed in Canada with its tail wrapped round its young.

It is the earliest example uncovered of parental care in the animal kingdom, shedding light on the evolution of love.

The fossilised remains include a juvenile positioned belly-up behind the mother’s hind limb and snugly encircled by her tail.

The pair died suddenly in a swamp-like forest in Nova Scotia, where the adult had built a den to raise its family, experts say. Their final embrace was captured in time.

The new species, which resembled today’s monitor lizard, has been named Dendromaia unamakiensis – after the Greek words for “tree” and “caring mother”.

Hillary Maddin, a palaeontologist at Carleton University in Ottawa, said that although the animals would have appeared lizard-like it is thought they would have been more closely related to humans as a member of the synapsid lineage that evolved into mammals.

“The animals were discovered in a fossilised stump showing proposed parental care behaviour,” she said.

“It would have been a warmer climate than today. Other small reptiles were around, as well as some larger amphibian-like creatures. It probably fed on abundant insects and other small vertebrates.”

Now extinct, Dendromaia had long jaws, very sharp teeth, long tails, narrow bodies and thin legs. They were highly agile as they scurried about the undergrowth dining on insects and other small animals.

The earliest synapsids looked like bulky lizards but are in fact more closely related to us than the dinosaurs.

They became the most dominant group before being all but wiped out 250 million years ago when erupting volcanoes in Siberia caused the biggest extinction in history.

Dr Maddin said: “The adult was probably about 8in [20cm] long from the snout to the base of its tail.

“The level of preservation in both individuals – including the delicate structures of small bones supporting the stomach muscles – indicate rapid burial with little or no transport.”

In other words, the creatures perished together where they were found, although the cause is unknown.

Dr Maddin added: “The location of the juvenile individual beneath the hind limb and encircled by the tail of the larger individual resembles a position that would be found among denning animals.

“The animals being the same species, the position of the adult and juvenile in a denning posture and the preservational context are consistent with two predictions of parental care – prolonged offspring attendance and concealment.”

The behaviour is common among many vertebrates today, including birds, reptiles, mammals, fish and amphibians.

The previous earliest example was a 270 million-year-old fossil of the synapsid Heleosaurus scholtzi and its young, found in South Africa. So Dendromaia, which is described in Nature Ecology & Evolution, beats the record by nearly 40 million years.