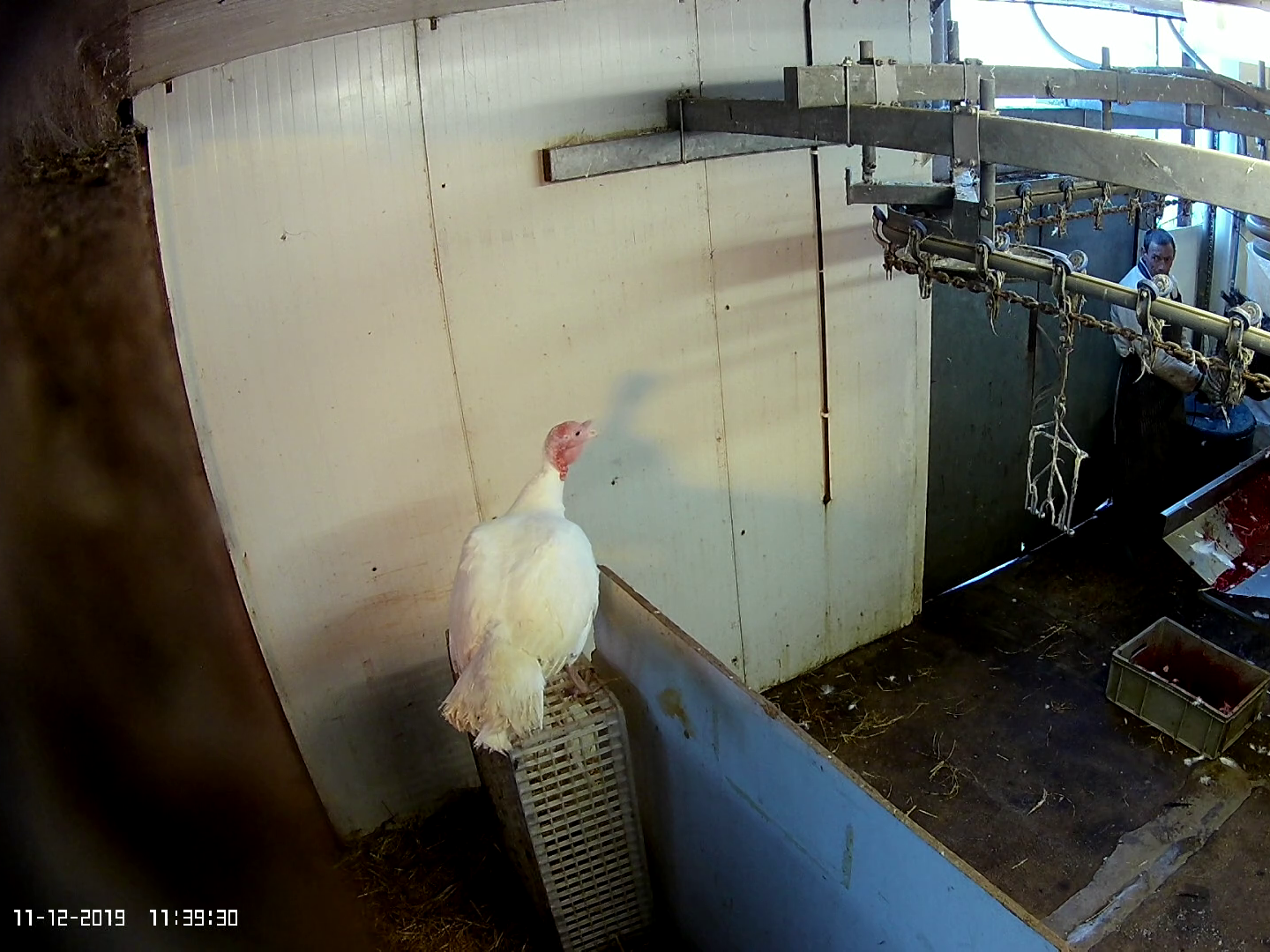 Christmas turkeys at a free-range farm were plucked while still alive and chickens were put in a scalding hot tank still flapping and struggling, investigators claim.

Secret camera footage revealed birds having their feathers pulled out painfully within within seconds of having their throats cut – at an award-winning farm.

Guinea fowl were also not effectively stunned, leaving them frantically struggling, “showing they were not dead” when they were put in scalding water to loosen their feathers, according to activists.

Members of Animal Justice Project (AJP) who filmed at Pastures Farm Poultry in Northamptonshire, said the video showed turkeys were plucked soon after having their throats cut, flouting regulations that require two minutes.

In what the activists describe as a string of “shocking, grim scenes”, they said they filmed turkeys flapping around “still conscious and panicking” as the butcher roughly pulled feathers out before they were dead.

They said the film also showed:

Poultry should be stunned in electrified water before their throats are cut, to render them insensitive to pain or suffering. Regulations require a two-minute gap between killing and plucking. A hot bath is then used to loosen their feathers.

The AJP activists claimed the birds’ sheds were “filthy and dilapidated” and no open water was given to the ducks.

Documents seen by The Independent show that in August inspectors from South Northamptonshire Council found a decline in general standards of cleaning at the farm, which boasts of having “skilled butchers on site who prepare the birds and make them oven ready for you”.

The inspectors gave the farm a hygiene rating of four stars out of a possible five.

Claire Palmer, an AJP spokeswoman, said: “This is the horrific face of so-called high-welfare turkey farming – live plucking, a filthy, blood-drenched kill floor, and the scalding of birds alive.

“This company supplies farmers’ markets and portrays itself as having high standards, but we say the reality is very different. This investigation blows the lid off the notion that buying free-range from farm shops and markets automatically means happy birds.”

The farm, which was a runner-up in the Northamptonshire food and drink awards 2018-19, states on its website: “At Pastures Farm we produce top-quality poultry.

“We rear our free-range birds on the farm enjoying the outdoors on grass in a natural environment and our barn-eared birds have clean dry straw daily with lots of space.

“All our processing and butchery is carried out on the farm in our 5-star hygiene-rated butchery, so no food miles there.”

James Evans, the farm owner, did not respond to requests to comment.