With phone hacking on the rise, technology experts have investigated which brands are most likely to be targeted.

Following a recent hacking report from the Royal Society of Arts, Manufacturers and Commerce (RSA), which put smartphones on the top of the list, technology experts investigated who was most at risk.

Phone case company Case24.com found out that iPhone owners are 167 times more at risk to get hacked than those who use other brands.

This data was gathered by analysing monthly Google search volumes to see how many British people are looking to find information on how to hack different apps or phone brands.

The total search volume for iPhones was a whopping 10,040. That’s significantly higher than Samsung, who came second place with 700 searches.

LG, Nokia and Sony were the phones that hackers were least interested in, generating under 100 searches a month for each individual brand. Sony was at the bottom with 50 searches. 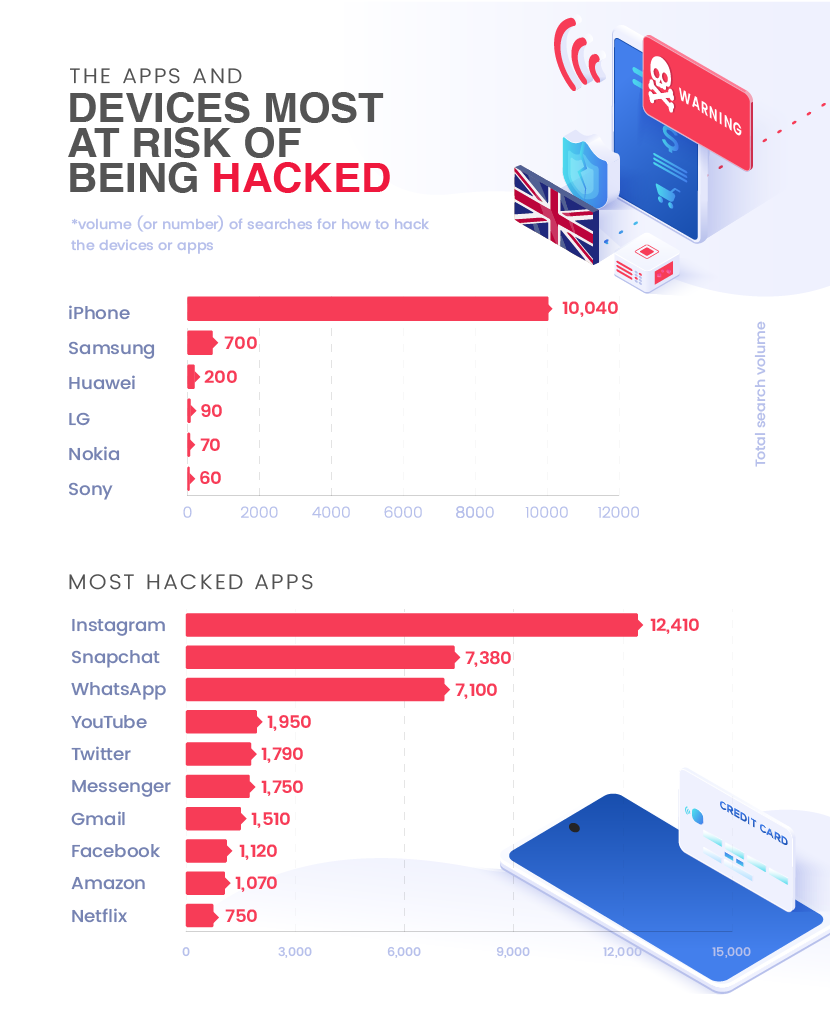 Since many of us are dependant on apps in our daily lives, Case24.com also researched which of the popular apps are most likely to be targeted by hackers. And it’s not the obvious choice.

Behind Instagram with 7,390 and 7,100 respectively were Snapchat and WhatsApp accounts.

Recently, we warned you about a WhatsApp hacking fear you should be aware of. Make sure you update your app if you haven’t already!