Prince William and Kate Middleton are planning to make a big announcement over the festive period, according to a royal commentator.

It’s been a busy year for the Cambridges, from Catherine’s new garden project to promote the benefits of being outdoors to children and Princess Charlotte’s first day at her new school.

But it seems they’ll be ending in a an even bigger note, as a royal commentator has revealed they’re planning to make some big announcements soon.

Omid Scobie told ABC’s Heirpod, “Expect royal announcements over the holidays, which I think is a slight break away from tradition. 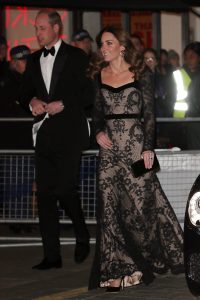 
READ MORE: Why everyone is talking about how Prince William and Kate Middleton arrived to the Queen’s Christmas lunch

“There was a briefing at Kensington Palace just this week where they gave us a number of new announcements that will be coming out over the holiday period.

“It’s a smart decision, it’s a quiet time of the year. It is a great time to announce things.

“We will be hearing about a new initiative from Prince William and some other news as well.”

And it’s not just Prince William, as apparently Catherine also has some big things coming up in 2020.

“Next year is a big one for Kate. She is going to be really focused on her early years development. That is something she has been involved in for a long time now.

“It has all been bitty for anyone who follows this. Apparently 2020 is a year when it is all tied together. So, yes, a busy year for them.”

How exciting! Watch this space…


Previous post
More than 2,000 children in care are being forced to live 100 miles from home
Next post
Gingerbread Coffee Cake – Bake from Scratch